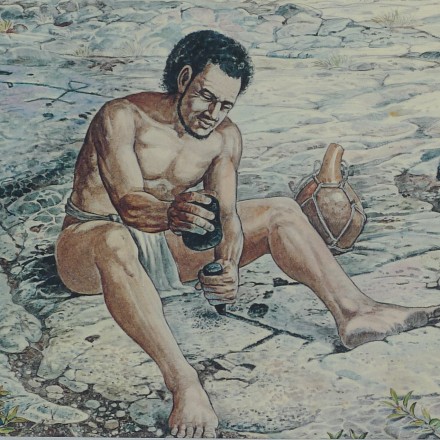 Ancient Hawaiians created petroglyphs to express what was important to them.

Petroglyphs can be viewed from the boardwalk which protects and preserves them.

I hope you all enjoyed my previous post on pahoehoe! During our visit to the Big Island of Hawai’i, we hiked over fields of pahoehoe to see the ancient Pu’u Loa petroglyphs in Hawai’i Volcanoes National Park.

The Pu’u Loa petroglyphs were carved many centuries ago by native Hawaiians. Since the ancient Hawaiians didn’t have a written language, they created petroglyphs to express what was important to each of them. I was in awe of the sheer number of petroglyphs; this site contains approximately 15,000 images that have been engraved in pahoehoe. Some of the images we saw included human forms, insects, and geometric shapes. We spent a lot of time poring over the images and contemplating the meaning behind the petroglyphs.